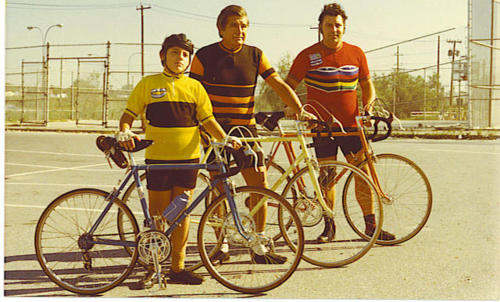 “Your dad rode a bike before you did. When you dusted off his old bike in the garage, did you think by some form of velo-magic it had appeared there? No, your dad rode that thing hard when he was younger, just like your mom. And now, because of having to support you living in Portland, he doesn’t ride anymore. So what do you do? You come home for Christmas, steal his bike and then strip it down into a converted fixie. Well hipster, next time you’re doing a track stand on the corner of 6th and Davis St remember, your dad’s balls sweated on that seat first.”